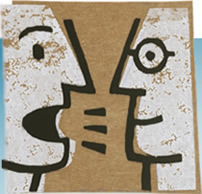 The firm, which looks to invest $10 million to $20 million per deal, brought on Rauch to invest in or acquire companies in the specialty retailer, packaged goods and service provider sectors, Appel said. Rauch joined in May. Under Apta's business model, it seeks out executives to partner with, then searches for fitting deals.

Target categories that Apta will be partnering with Rauch on include natural and organic food, grocery retailers, branded food and beverage with a health angle and franchised or franchisable restaurant concepts. Companies should have enterprise value of $25 million to $100 million and earnings before interest, tax, depreciation and amortization of $2 million to $15 million.

Apta's investors include family offices and high-net-worth individuals that provide capital on a deal-by-deal basis.